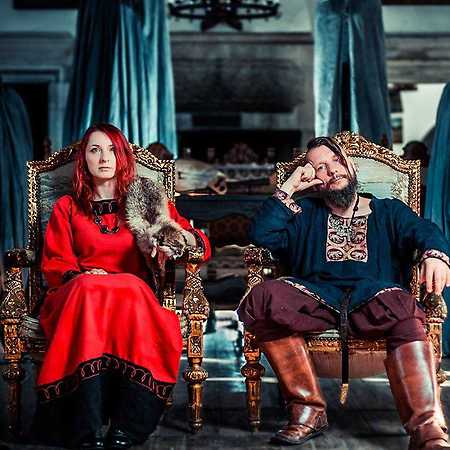 The Percival project was created as a result of a fascination with the history and culture of the old Slavs. Percival is known as a co-creator of music for the game The Witcher 3: Wild Gon,_ music that has gained worldwide fame, many awards and distinctions. The band also co-created music for Równonoc – a project that combined Slavic sounds with hip-hop and gained the status of a Diamond Record. Percival has recorded five studio albums, including the Slava cycle containing songs of all groups of Slavs, and several additional releases, such as music for audiobooks (Viking saga and Borek i bogowie Słowian). The band visited the entire Europe with their concerts and more, appearing in places as distant and exotic as the Isle of Man or Canada. Their music has appeared in many documentary productions related to history and the times of ancient Slavs and Vikings. As propagators and enthusiasts of Slavic culture they are known and recognized almost all over the world.