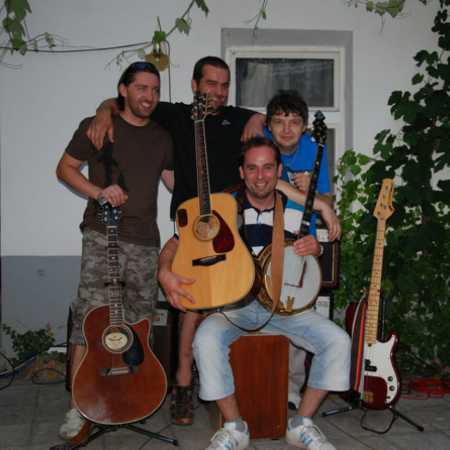 The history of Znojmo music group One begins to write in the autumn of 2011. The group originally formed as a musical project of singer-songwriter around Pepa Barneta.

After several successful appearances played started playing together as a band. Gradually, new songs and arrangements. We work exclusively on the Repertoire of copyright songs.

The big surprise, and at the same time impulse for the us was obtained at the Highlands Festival Porta in 2012 and 2013. In the same year we advanced to the national semifinals of the ports in 2006. This formal objective we value tremendously, very encouraged by the us and added energy to us for more work.

Although it currently has no recording instead of the Studio, we believe that on our Web site or the linked channels (Myspace, Youtube, Facebook) will find the audience "that its …"

Our music is and wants to be very airy, yet energetic and impulsive, at the same time fine… You will find traces of modern jazz, rock, Funk, pop, and folk fussion or newgrassu the …

Today, One group can meet on numerous camping, folk or country or bluegrass festivals. Like to get out on the town festivals and other cultural and social events throughout the Czech Republic. The exception are not festivals rock and metal music! – Translated by Automatic service