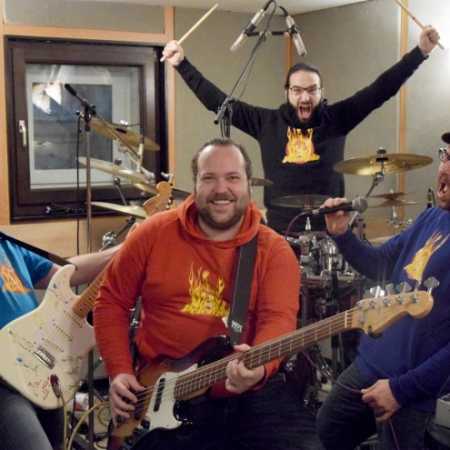 Pelemele are a Cologne-based band that makes rock music for children and the whole family. In 2001, the five musicians Paulus Müller, Nino Kann, Andreas Ostricki, Florian Bergmann and Andreas Niemann joined forces to make children’s rock music. They started as a cover band, but soon began to write their own pieces.

The band has experienced some changes in the cast to this day and produced several records. Their last album Ausrasten was released in 2017.