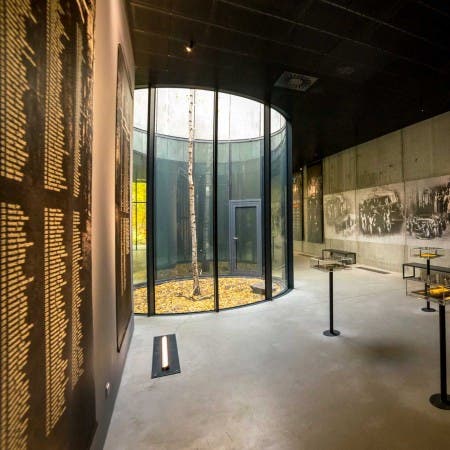 During World War II, between 1939 and 1943, the village and the surrounding forest were one of the sites of the Nazi German mass executions of Jews,2 Polish intelligentsia, politicians and athletes, killed during the German AB-Aktion in Poland. Most of the victims were first arrested and tortured in the Pawiak prison in Warsaw, then transferred to the execution site. In total, about 1,700 Poles were murdered there in secret executions between December 7, 1939 and July 17, 1941.

Today, Palmiry are a memorial under the auspices of the Museum of Warsaw.