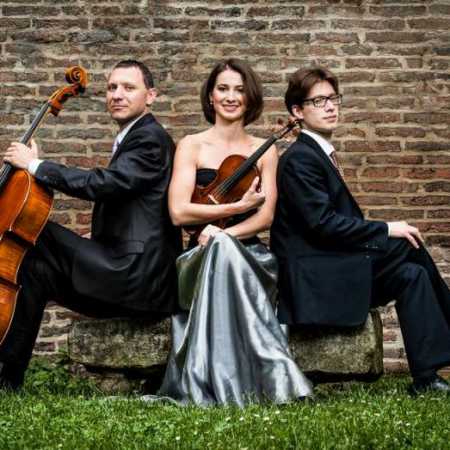 Founded in 2008, The Orbis Trio is formed by the leading Czech young artists. They are laureates of international competitions as well as experienced soloists and chamber musicians. The Orbis Trio ranks among the most successful chamber ensembles both in the Czech Republic and in Europe, as in 2009 the trio became the laureate of four international competitions and in 2010 has received the Prize presented by The Czech Society of Chamber Music and made a highly successful debut in the Dvorak Hall in Rudolfinum, Prague.

The Orbis Trio has given concerts in a whole number of countries (Slovakia, Germany, Switzerland, Belgium, Italy, Great Britain). They has performed at international festivals such as Prague Spring Festival, Mecklenburg-Vorpommern Festspiele, Festival EuroArt Praha, Val Tidone Festival, Suk’s Musical Štiřín, Chopin´s Festival and Young Prague. Orbis Trio has made several recordings for the Czech Radio. In 2011 they recorded complete piano trios by František Škroup and now they are working on a recording of complete Dvořák piano trios. Orbis trio was aslo broadcasted live by the Czech and the Slovak Radio.