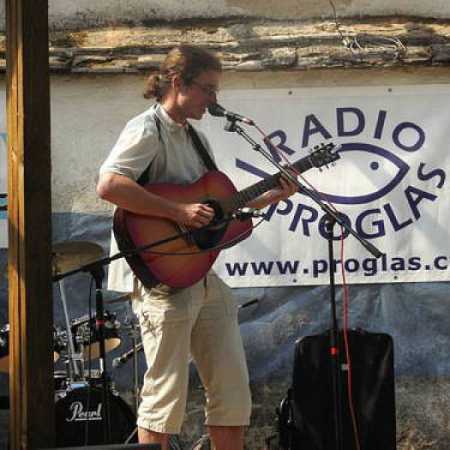 Ondřej Herzán Ondera “composed” since 2002, four years ago it was only “in a drawer.” His first public performance took place in December 2006 in the Halahoje House (www.halahoj.org), during the next four years, he graduated from cca. 50 appearances mostly in třebíč, Brno and closer or more distant surroundings. From events to name eg. Třebíčskou Bambiriádu (May 2008), the celebration of 5 years anniversary of the o.s. Halahoj (Jack Jack settlement, September 2007), or the festival of Náměšťfest (June 2007, 2008, 2009). So far, the biggest musical experiences are the pacemaker role Pepa Nose (November 2008), the common Double Concerto with Žofkou Kabelkovou (April 2009) playing at the Festival, where speakers and famous Spirituál kvintet (June 2009), further joint appearances with John Swede-rape (May 2010) or performing at the Prague Open-MICAH, where he played for example. Vladimír Merta (September 2010). He participated also in competition to badge Náměšťská festivals, Notování, Porta or the garden of songwriters. Occasionally he plays at, balls, etc.

Since 2010 is dedicated to the lectures of the country visited and is accompanied by songs, relating to the region (Armenia, Albania, Kyrgyzstan Bosnia, Lapland, etc.). Therefore a kind of “multimedia” diashow you called with a guitar on the GO (more on skytarounacestach.webnode.cz). Stepped out with her not only in the surroundings of Brno, but also eg. Vamberk, Hořice, Nový Jičín, Olomouc, Krakówě, etc. – Translated by Automatic service