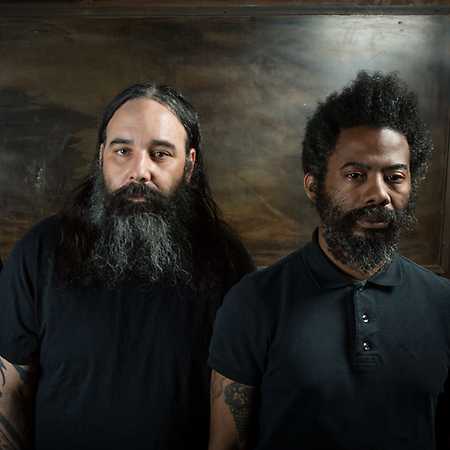 Om (sometimes stylized as OM) is an American heavy metal band from San Francisco, California. Formed as a duo in 2003 by the rhythm section of the band Sleep, OM is currently a trio.

Om’s earliest works incorporate musical structures similar to Tibetan and Byzantine chant, as heard on the debut album Variations on a Theme. The band’s name itself derives from the Hindu concept of Om, which refers to the natural vibration of the universe. Every album from Pilgrimage onward features Eastern Orthodox iconography in the cover art.

On December 5, 2007, Om performed in Jerusalem. Their performance lasted for over five hours and a portion of that show was released on 12" vinyl by Southern Lord as Live at Jerusalem.