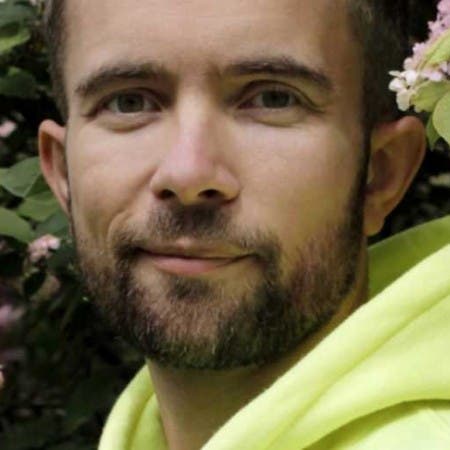 Olof Dreijer  Me, I'm Not

Olof Björn Dreijer (born 27 November 1981) is a Swedish DJ and record producer, best known as a member of the electronica duo The Knife, formed with his sister Karin Dreijer. Although The Knife very rarely performed live concerts, Olof performs as DJ Coolof in nightclubs across Europe. He only performs at nights or at festivals with equal gender representation on the lineup of artists – no more than 50% people who identify as men. In late 2009 and early 2010 Olof released four EPs under the pseudonym Oni Ayhun. In late 2010 Olof released a remix of Emmanuel Jal’s “Kuar”. In 2011, he produced the song “Jam” by Planningtorock from the album “W”. Olof Dreijer. upon being asked to DJ in Tel Aviv, stated that he supports the international cultural boycott of Israel, requested by the Palestinian Civil Society in a call for the controversial BDS organization (Boycott Divestment Sanctions). Organisations like The Palestinian Campaign for the Academic and Cultural Boycott of Israel, PACPI, and Queers against Israeli Pinkwashing, urge artists not to perform in Israel. Olof Dreijer and The Knife have supported this boycott for many years.