Olga Šroubková began playing violin when only four years old under the guidance of her mother. Starting at the age of eight she studied at the Prague Municipal Music School and the Jan Neruda Gymnasium with a focus on music, after which she graduated from the Prague Conservatoire. In the Competition of Conservatoires and Music Classes of Gymnasia in 2011 she won First Prize and the title of Absolute Victor, and in 2013 she won honours in the ‘Bravo!’ International Competition in Belgium. She also won First Prize and four special awards in the prestigious Rodolfo Lipizer International Competition. From 2008 to 2012 she appeared repeatedly in Prague’s Rudolfinum alongside Josef Suk in the series ‘Josef Suk Presents Young Talents’, and since October 2014 she has been studying at the College of Music, Theatre, and Media in Hannover. On several occasions she has served as guest concertmaster of the Czech Philharmonic. 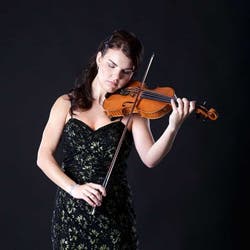 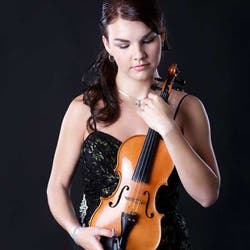 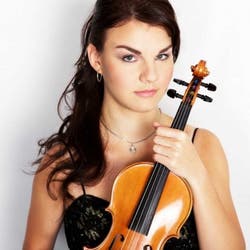