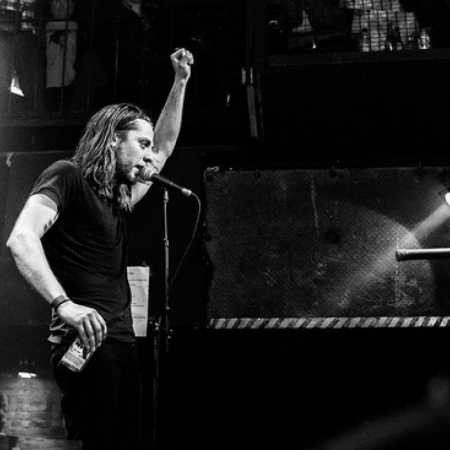 The old Boy is a project of the Montreal musician Patrick Bennett, who is known in Europe as the guitarist and one of the main characters of the Canadian, or as a Trigger Effect bassist Barn Burner. His debut solo LP with the name of the Commune is a sharp turn from previous work with former bands. The Board offers a dark songs that are still full of hope, in a minimalist, melodickém and barytonovém arrangement (piano, cello, synthesizer, and vocals).

The main inspiration of the music is Murder by Death, Feist, Johnny Cash, the dark piano ballads of Judas Priest and Atomic Rooster. “I want the Old Boy sounded like someone who is himself. Not as someone who decided to play solo, but as someone who is himself, because they have to. ” Pat Bennett is not completely unknown in Europe face: with the Trigger Effect and the Barn Burner ran six times our continent (Canada and the US, even 10 times). “I started to ride in the tour, when I was seventeen, I became someone who is 90 but still in a young body.” Due to its popularity in the Czech Republic and good relations with the local audience even Trigger Effect released in 2012 on the local label Silver Rocket today already legendary 10 "EP Escape from the Planet of Scorpion. This time, however, the chaos and drive his old band, formed under the Montreal punk and metal scene has changed in a new form of energy, where is the greatest influence of the context of the whole of his work. A few weeks after the tragic death of the lead singer of his group started to Pat Bennett to compose music for the band, in part, to anyone who would want to listen to, but used mainly in order to deal with unexpected situations. – Translated by Automatic service