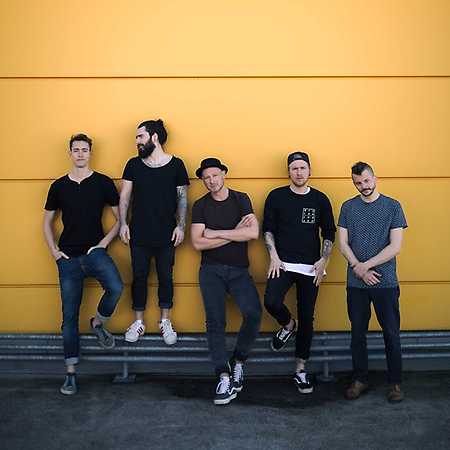 The core of Odeville since its founding in 2006, consists of guitarist David, drummer Sascha and singer Hauke. The bassist’s position has been refilled a few times and is now clothed by Tim, while keyman Martin has become a permanent member of guest keyboarder only in recent years.

In 2009, the Hamburg-based band released their debut album I Am Tourist on an indie label in their region. Meanwhile, Odeville have released a total of six studio albums. Their latest album Rom will be presented in 2018 in an extended tour.