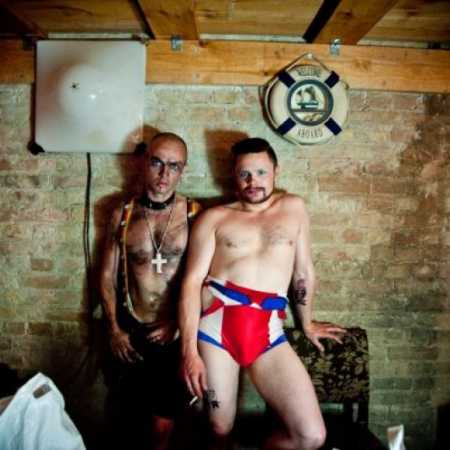 Berlin/Copenhagen-based electro punk pop duo Nuclear Family formed in 2005 as part of the Copenhagen queer art collective dunst. Members Nikolaj Tange Lange and Andreas Tange Lange started their career together by marrying at the townhall in Copenhagen. Since then they have played shows all across Europe. Usually splashing around in ketchup or stage blood, starting in pecualiar costumes ending up half naked.