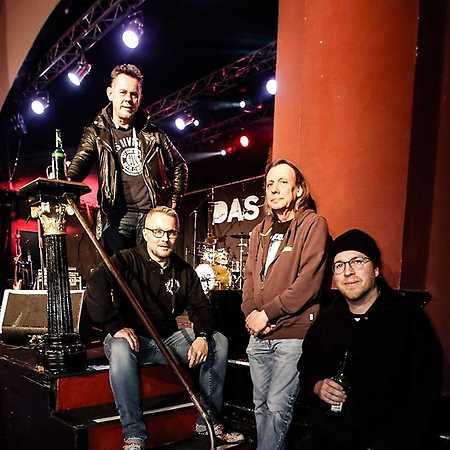 NoRMAhl was founded in 1978 by five students from Winnenden. Their first live concert was not much later at a secondary school in Stuttgart.

In 1981, their first EP Stuttgart über alles was released with a cover reminding of the single California über alles by the Dead Kennedys. The band focussed on provocative political lyrics. In the same year, their debut album Verarschung total was released.

During the 1980s the band approached fun punk more and more. They released albums such as Kein Bier vor vier, Harte Nächte, Biervampir and Blumen im Müll – with songs such as Drecksau or the ballad Geh wie ein Tiger, which enjoy cult status until today. In 1992 the group initiated one of the biggest campaigns against xenophobia and violence in Germany together with some other organizations. The title Niemals vergessen was recorded after the riots at Hoyerswerda in 1991, written by the band’s members and played in in two versions –a German and a multilingual one, which was called Let’s Come Together. More than 150 artists participated as guest singers and guest musicians – for example Hartmut Engler, Matt Sinner, Jasmin Tabatabai, Chorlight and many others.

Despite the high-quality production, acknowledgement by critics, massive PR campaigns and a big tour the band did not manage to gain success in the charts. As a result, the band broke up in conflict in 1996 after a tour and the two live albums Ernst ist das Leben und Heiter ist die Kunst after 18 years of band history.

In 2002 the band made a comeback with the new album IN RI 21 and has been touring again since then. In 2003 the best of album Das ist Punk on which all tracks were newly recorded was released on the occasion of their 25th anniversary. Despite the group never got into the official sales hit parades, a big influence on the punk and German rock scene is ascribed to them especially in the 80s and 90s.