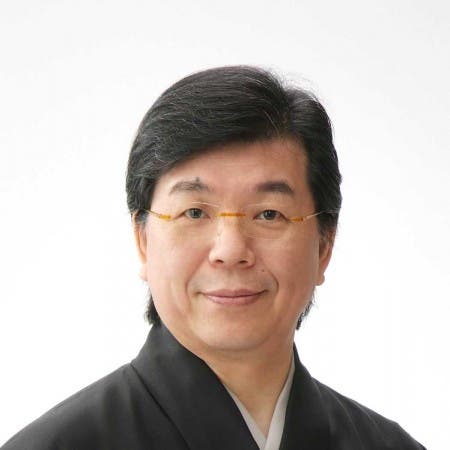 An accomplished performer of both classical and modern works and a founding member of the ensemble, Shakuhachi 1979, Hozan is active also as a composer. The current lecturer at the Tokyo National University of Fine Arts and Music was awarded the Arts Festival Award of the agency for Cultural Affairs in 1994 and 2014.

Hozan started to study the shakuhachi with his father, and later with Hôzan Yamamoto.

He won first prize at the Tozan school honkyoku competition. After graduation, he continued his musical education at the school of Japanese contemporary music at NHK in Tokyo.