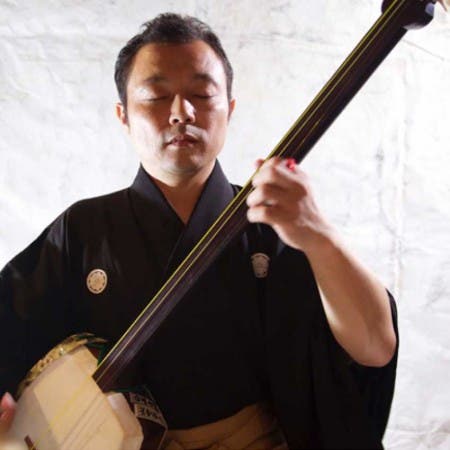 A master player of the Tsugaru shamisen. After graduating from high school, Yamanaka became a live-in apprentice to the late tsugaru shamisen master Chisato Yamada. This experience led him to become an instructor in the Yamada School.

After winning at the C and B Levels at the Tsugaru Shamisen National Competition (at Hirosaki University), Yamanaka also won three times in the Utazuke Division, demonstrating his technique in the traditional utazuke (providing shamisen accompaniment to singing), the most difficult aspect of the art.

Yamanaka currently gives concerts, lectures and performs as a solo performer. He is also a part-time instructor at the Senzoku Gakuen College of Music. On May 4, 2016, he was crowned the A Level champion, the highest award, at the 35th Tsugaru Shamisen National Competition.