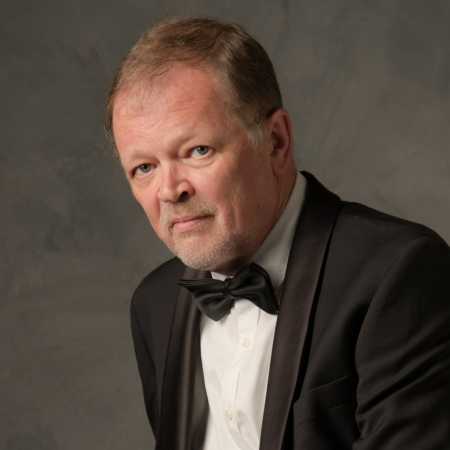 Nikolai Demidenko is a Russian-born classical pianist. Demidenko studied at the Moscow Gnessin School with Anna Kantor and at the Moscow Conservatoire under Dmitri Bashkirov. He was a finalist at the 1976 Montreal International Piano Competition and the 1978 Tchaikovsky International Competition. He taught at the Yehudi Menuhin School in the UK, where he has been a resident since 1990. He was granted British citizenship in 1995 and currently holds a visiting professorship at the University of Surrey. In addition to a vast amount of the standard Germanic and Russian repertory, he is a specialist of Frédéric Chopin and a noted champion of the works of neglected composers such as Muzio Clementi, Carl Maria von Weber, Jan Václav Voříšek, and Nikolai Medtner, as well as neglected works of well-known composers such as Domenico Scarlatti, Wolfgang Amadeus Mozart, Franz Schubert, and Robert Schumann, and transcriptions by Ferruccio Busoni. Demidenko won a Gramophone Award in 1992 in the concerto category for his recording of the Medtner Piano Concertos No. 2 and 3.

In 2014 he was awarded an honorary doctorate from the University of Surrey in recognition of his outstanding contribution to the field of Music and the University.