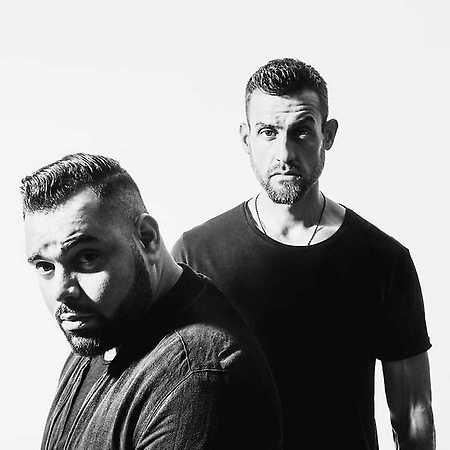 Singer Hayat and rapper Mo are the two who stand behind the Berlin-based musical project Nie und nimmer. The duo got to know each other in 2005 in a Berlin music studio, and since then worked together in different constellations. And success was soon to come. Already a year later, they were on tour in Germany as supporting act of the American R’n’B-singer Ne-Yo.

Both, Hayat and Mo then worked on a number of solo projects for several years before eventually reuniting in 2014. Together they founded Nie und Nimmer and delivered their glamorous debut in the same year with their EP Wüstenstaub. This was followed by several singles, including Euphorie and Sinne.

What stands out at Nie und Nimmer is poetry and word plays, rap and hip-hop, rock and pop. Paired with strong vocals, this six-pack is the successful Berliner Melange, which not without reason comes up with a Facebook fanbase in the five-digit range. Justifiably two new singles are being awaited with excitement, as well as the first studio album Zeitpunkt X, with which the band is just in time to start the new year.