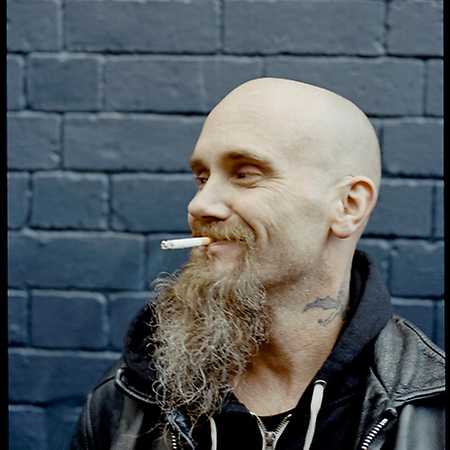 Nick Steven Oliveri (born October 21, 1971) is an American multi-instrumentalist, singer and songwriter from Los Angeles, California. Oliveri is perhaps best known as a former member of Kyuss and later Queens of the Stone Age from 1998 to 2004. Oliveri is also a solo artist and frequent contributor to his friends' albums and tours, including Winnebago Deal, Mark Lanegan Band, Masters of Reality, Turbonegro and Moistboyz, among many others. Oliveri is currently the frontman of his project, Mondo Generator, a punk and metal hybrid that he formed in 1997. He is also a current member of the Dwarves, since having joined the band in 1993.

Nick Steven Oliveri was born in Los Angeles and then had been raised in Palm Springs since the age of 11. He began his career in 1987 as a guitarist, when he formed Katzenjammer with fellow bandmates John Garcia, Josh Homme, Chris Cockrell and Brant Bjork. In early 1989, shortly after Oliveri’s departure, the band changed its name to Sons of Kyuss, and after self-releasing an EP in 1990, the band re-recruited Oliveri on bass to replace Cockrell, and shortened their name to Kyuss.

Oliveri left the band following completion of Blues for the Red Sun and was replaced by Scott Reeder. Following his departure from Kyuss, Oliveri joined the Dwarves as an on again off again bassist under the moniker Rex Everything.

Nick Oliveri (under the moniker Rex Everything) formed Mondo Generator in 1997 and with friends Josh Homme, Brant Bjork, Rob Oswald, Karl Doyle and others, recorded the debut album, Cocaine Rodeo. The album wouldn’t be released until three years later due to Oliveri and Homme being full-time members of Queens of the Stone Age. The album was released by cult-favorite Southern Lord Records in 2000. The band gained cult status among the most devoted Queens of the Stone Age fans.

Oliveri was a core contributor to Queens of the Stone Age from 1998 to 2004, playing bass and providing backup and lead vocals on two of the band’s biggest albums, Rated R and Songs for the Deaf, in addition to co-writing most of the album’s songs with band mate Josh Homme.

In January 2004, following a string of dates touring in Australia, Oliveri was fired from the band, with reasoning at first being aggressive treatment of the band’s fans, later being accusations of possible abuse to his girlfriend. In late November 2012 Oliveri contributed vocals on the track If I Had a Tail for his former band Queens of the Stone Age.