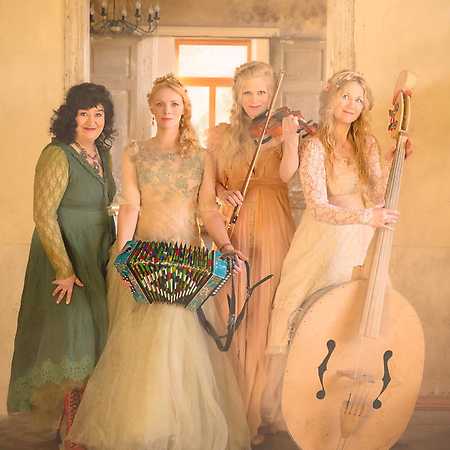 Naised Kööögis (women in the kitchen) are four artists from the town of Viljandi, known as the capital of Estonian folklore, who created folk songs from everyday conversations about everything in the kitchen. They perform them accompanied by traditional Estonian instruments. They often paraphrase traditional folk melodies, including dance melodies, performing them in modern arrangements. Naised Köögis is a beautiful example of the singing of Estonians who are proud of their Finno-Finnish language and richness. traditional melodies. Their collection of traditional and folk music is one of the largest in the world.