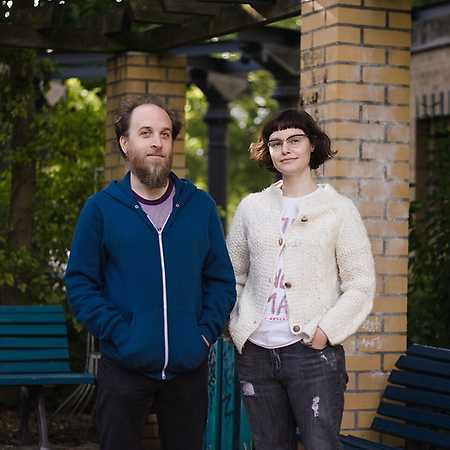 Nadja is a duo of Aidan Baker & Leah Buckareff alternately based in Toronto, Canada & Berlin, Germany. Nadja originally began in 2003 as a solo project for Baker to explore the heavier/noisier side of his experimental/ambient guitar-based music. In 2005 Buckareff joined in order to make the project more than just a studio endeavour & allow Nadja to perform live.

Nadja creates music that has been variously described as drone metal, ambient doom, and shoegazer, combining soundscapes, electronics, & atmospheric vocals & tempering the cacophony with an ethereal melodicism such that the listener is enveloped in a sublimating wall of amorphous sound.