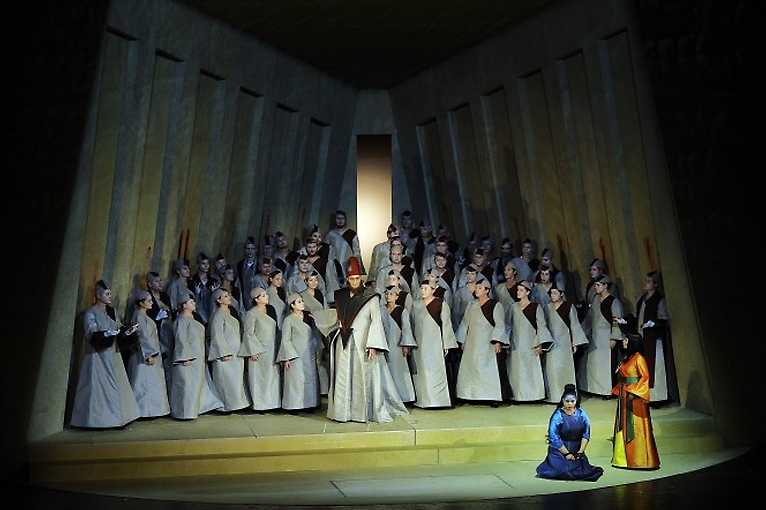 Although Nabucco is only Verdi’s third opera, he has managed to create a highly suggestive work on the biblical topic. He was first captivated by the beginning of psalm 136 in the libretto: “Va, pensiero, sull’ali dorate” (Fly, thought, upon gilded wings), which inspired him to a spontaneous composition of a choir, whose fiery melody and rhythm made it into a song of liberation sung all over Italy. He finished the whole opera within a few weeks after that. The passionate music of the piece about the liberation of Jews from Egyptian captivity fully corresponded to the mood of the populace, yearning for liberation from Austro-Hungarian power and the unification of Italy.