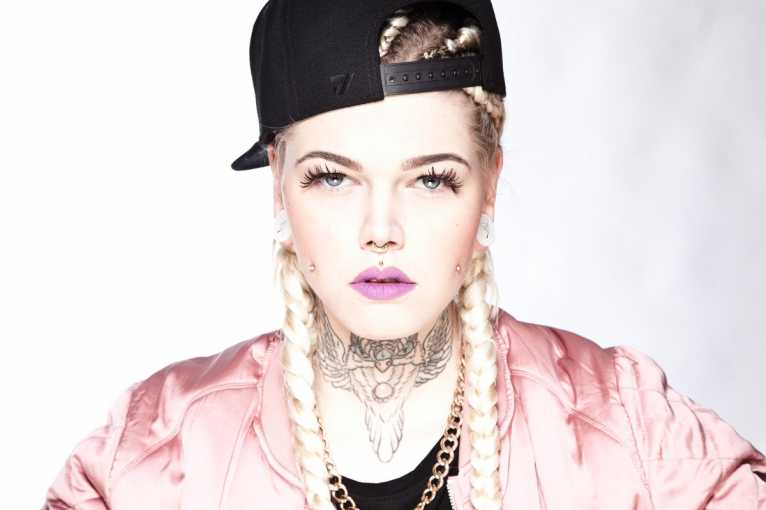 Mrs. Nina Chartier is a true Ruhrpott native. She grew up in the middle of the Ruhr area with integration and social problems, where she was always able to punch through with her direct and open nature. She started writing lyrics at a young age and started rapping in early 2014, before releasing her first EP Chartier is the Limit as a free download on August 28, 2015. A short time later, the Berlin Independent Label None Faxen discovered the exceptional artist and signed her to their label.

The production also started promptly for her label debut album Trittschall, which appeared a few months later, on September 16, 2016, in the distribution of Sony Music. Among others, Mrs. Nina Chartier worked with the Bremen rapper Joka, with whom she recorded the title track Trittschall. Another highlight is the song Rückenwind, on which the French singer Sarah Riani is represented.

In mid-2017, two more singles (Verloren feat. Mazon and EgoTrip) followed, before she became part of the successful German reality soap Berlin – Day & Night (RTL 2). In the fictitious role Sabrina, she played an artist herself. Her song M. N.C. (X-plosive Remix) was released in November 2017, the first video on the YouTube channel of RTL2. Produced by the multi-platinum producer X-plosive, the video for the single reached more than 1.5 million YouTube views after only three weeks – and the trend continues to rise.