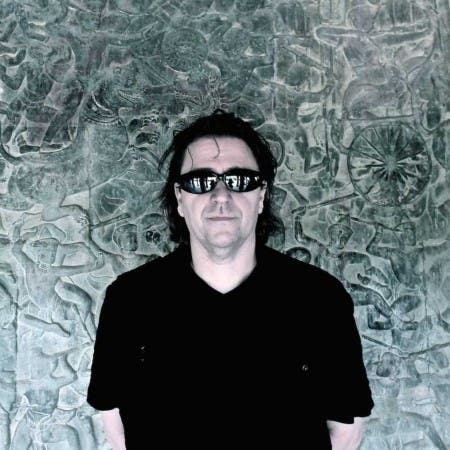 Eric Van Wonterghem, the man behind Monolith, is one of the most important figures to come out of Belgium’s electronic music scene. Dating back to the start of the 1980’s, Eric started off as the composer for legendary minimal synth act Absolute Body Control alongside Dirk Ivens. In 1984 Absolute Body Control would join forces with Marc Verhaegen and Sandy Nijs. The Klinik would explode on the underground electronic industrial scene in mainland Europe throughout the 80’s and would go on to be recognized as one of the all-time most influential acts from the European industrial/EBM scene.