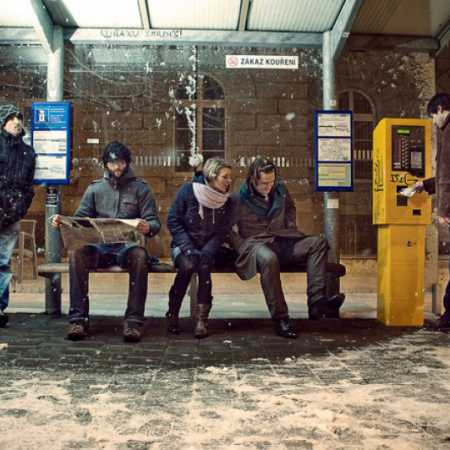 Band Model Bazaar is the winner of the Jury of the largest Czech band contest RGM Live Space from 2010. Originally an acoustic trio expanded its line of rhythm section, giving rise to a unique body of music that has no analogues on the Czech scene. Since 2008, collected by one success after another: 3 place in the Jack Daniels Talent Scouting and Radegast Hatchery, 2009 UK tour, performing in several television and radio programs in the CR and abroad. In March 2012 the band released a new album and Elegant Plan starts tour called Elegantour. – Translated by Automatic service