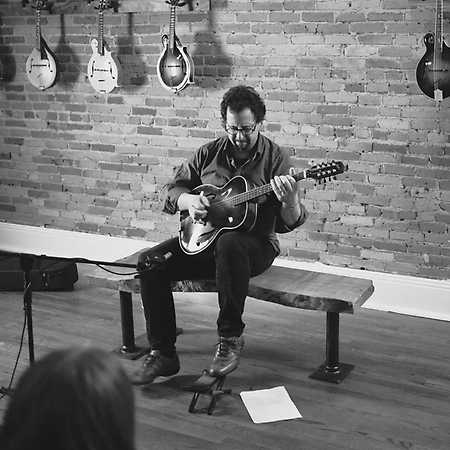 Mike Marshall  Dance Of The Planktons

Mike Marshall is an American mandolin virtuoso who has collaborated with David Grisman and Darol Anger. Mike has been at the forefront of New Acoustic music for over 40 years having been the founding member of many groups including the Montreux Band, Psychograss, Choro Famoso and The Anger Marshall Band. He is indeed a living compendium of musical styles and has the ability to seamlessly blend his American roots background with a deep understanding of European classical music, Brazilian choro and other world music. Mike is a fluid Jazz improviser and a master on mandolin, guitar, mandocello and violin. He was a member of the David Grisman Quintet from 1985–1990, touring with Jerry Douglas, Béla Fleck, Tony Rice, Mark O’Connor, Stéphane Grappelli, and Darol Anger. In 2014 Mike was nominated for his third Grammy Award for his recording with the Turtle Island Quartet.