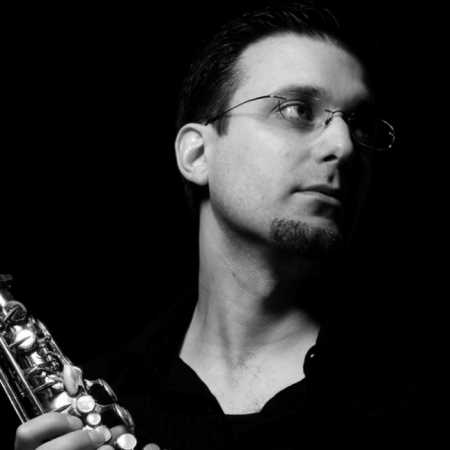 The time has come to go full speed ahead as Mike DiRubbo’s organ-based trio, Chronos, navigates steadily away from the known and familiar to move swiftly out beyond into the uncharted depths of modern collective improvisation. Chronos features NYC veterans and Downbeat magazine “Rising Stars” Mike DiRubbo on saxophone and Brian Charette on organ along with the powerful Czech time-keeper Tomas Hobzek on drums.

Today, in an age where media-created young lions are more interested in downloads than down beats, alto saxophonist/composer/bandleader/educator Mike DiRubbo is the real deal. Ever since he arrived in New York two decades ago, DiRubbo has reigned supreme as one of the most durable and dynamic musicians of his generation. That bold statement is augmented by the aural evidence of his work with the brightest jazz stars including Tony Reedus, Larry Willis, Eddie Henderson, Clarence “Gatemouth” Brown, Dwayne Burno, Peter Washington, Carl Allen, John Hicks and Cecil Payne, and as a solo artist, with eight critically-acclaimed CD’s as a leader. DiRubbo has worked in various New York clubs including Smalls, Smoke, 55 Bar, the Kitano, and has also performed in many national and international venues including the Litchfield Jazz Festival, Vizta Jazz in Rio de Janeiro, The Maze in Rio de Janeiro, Ronnie Scott’s and Pizza Express in London, the Clifford Brown Jazz Festival, the Greater Hartford Festival of Jazz, the JVC Jazz Festival in NYC, the Jazz, Blues and Videotape festival in Tel Aviv, Ferrara Jazz in Italy, and Ancona Jazz Festival.

On his instrument DiRubbo has it all: from Benny Carter’s mastery of melody, and Johnny Hodges’ ballad mellowtones to Charlie Parker’s light-speed fluency. But what truly sets DiRubbo apart from the rest was his apprenticeship under the legendary alto saxophonist/educator Jackie McLean: the Harlem bebop whiz kid who literally grew up on Miles Davis and Charlie Parker and surged the alto saxophone toward the change of the century with his alto-centric embrace of hard and post-bop, soul jazz and the avant-garde.

New York City organist/pianist Brian Charette has established himself as a leading voice in modern jazz. Charette is a Grammy-nominated, Hammond-endorsed artist who was just named the winner of the 2014 Downbeat Critics’ Poll in the “Rising Star: Organ” category. Charette was born in Meriden, Connecticut in 1972, and was introduced to music by his mother, Catherine. By the age of 17, he was playing with jazz luminaries Lou Donaldson and Houston Person. After graduating Charette began touring Europe and was drawn to the culture and scene of Prague, Czech Republic, where he now lives half the time.

One of our finest jazz drummers, Tomáš Hobzek, hails from Pilsen, but took his formative music lessons in Prague. He has been able to find his voice on the instrument very quickly and currently he is one of the most in demand sidemen in Prague. He seems to be a perfect match for DiRubbo and Charette with his propulsive yet sensitive drumming approach. Together they form a remarkable trio which will make your hair stand up on the back of your neck.