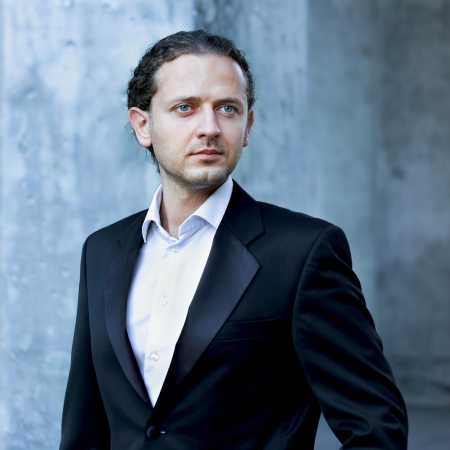 The German pianist Matthias Samuil began his piano education at the age of six and attended the Berlin Gymnasium C.P.E. Bach for musical giftedness.

After graduating from high school, he completed his studies as a concert pianist with Annerose Schmidt and Hella Walter at the renowned Hanns Eisler Academy of Music in Berlin and attended masterclasses with Murray Perahia, Leon Fleisher, Brigitte Engerer and Graham Johnson.

In addition, he devoted himself to song accompaniment and chamber music. He studied in this regard at Wolfram Rieger, Walter Olbertz and Semion Skigin, and received valuable suggestions in working with Dietrich Fischer- Dieskau, Krassimira Stoyanova, Deborah Polaski and Johan Botha.

As a soloist and accompanist, he has been awarded several prizes in international competitions, most recently in autumn 2016 with the prize of the best piano accompanist at the Brussels Concours Triomphe de l’Art. He also held a scholarship of the Association for Education and Entrepreneurship and the Richard Wagner Association.

His intense concert career has taken him to the Berlin Philharmonic, the Palau de les Arts Valencia, the International House of Music Moscow, the Staatsoper Unter den Linden and the Deutsche Oper Berlin, to the Muziekgebouw Amsterdam and the Philharmonie Essen, as well as to Dresden, Cologne, Hamburg, Munich, Paris, Prague, Saint Petersburg, Zurich, Basel, Lausanne, Krakow and other cities in Germany, France, Italy, Russia, Croatia, Azerbaijan, Switzerland and the USA.

In addition, he was a guest at the festivals in Aix-en-Provence and Sion, at the Gabala International Music Festival and at the festivals in Baden-Baden, Dresden and Mecklenburg-Vorpommern, 2014, he gave a recital at the XXII. Winter Olympics in Sochi and debuted with Mozart’s Piano Concerto A major KV 414 in the Great Hall of the Konzerthaus Berlin.

His artistic work is documented by radio and TV recordings.

Already during his first years of study, Matthias Samuil worked as a répétiteur at the University of Potsdam and since 2006 has been teaching lieder and solo recital at the Hanns Eisler School of Music in his hometown Berlin.