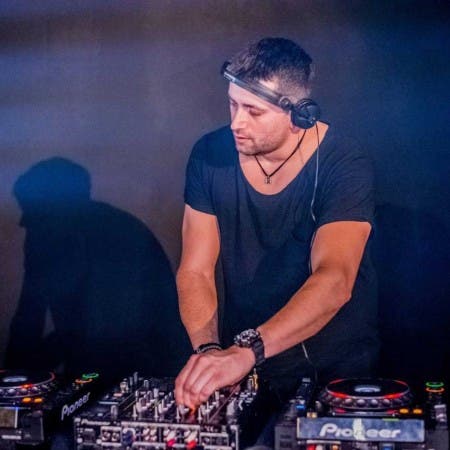 Long before the Techno scene hit the Czech Republic, Makarov & Steen met each other and became very good friends. Both had a very similar style of music taste, influenced by artists such as Derrick May, CJ Bolland, Bandulu, The Advent,Kaisersoze & DJ Hyde. Makarov & Steen started practicing on a Hybrid DJ Setup of four Turntables & two Mixers. In a very short period of time, They found their own style of mixing, which was heavily influenced by early Electro Funk, Hip-Hop music & Turntablism. Thats why their mixing style also consists of scratching and many more tricks and techniques with Turntables. Their mixing style was also a very unorthodox style in that time in the Czech Republic. Because of that, Makarov & Steen came into the attention of many Party People are Promoters alike. Thanks to their diligence and hard effort they gave out, They soon performed in some of the biggest events in the Czech Republic as Summer Of Love Festival, Apokalypsa, Citadela & Technomasters, As well as Radio and Television Shows. Since 2011, They started producing their own music based on a structure of a Deep, Massive Bassline and Strong sounds. Their first releases were signedon labels such as, Naked Lunch, Mastertraxx & Focus Records. Supported and played by artists like Dave Clarke, Mike Humphries, Christian Varela, and many more… In October 2012, Cisco Ferreira (A.K.A, The Advent) discovered their talent and decided to give them an opportunity to release their tracks on his own label – Kombination Research. Today, Makarov & Steen have innovated their own vision of Techno and each day, They continue to raise the style to a whole new level.