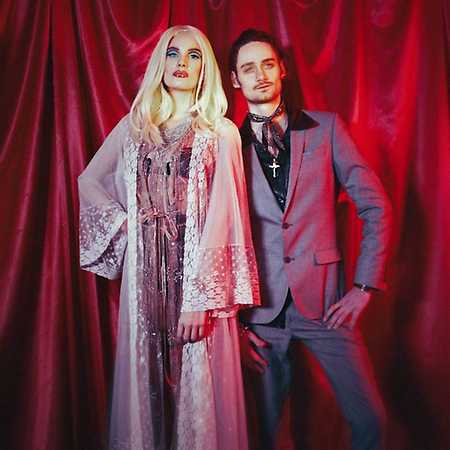 Lost Under Heaven  For The Wild

Lost Under Heaven are Ebony Hoorn and Ellery James Roberts. After eloping to Amsterdam on December 2012, Ebony and Ellery began to experiment with form and approach on a collaborative work, the basis for their critically acclaimed debut album, Spiritual Songs for Lovers to Sing in May 2016. Now, after a period spent in an embryonic retreat, Lost Under Heaven return with Love Hates What You Become, a startling, thought-provoking record shot full of incisive social commentary that captures the couple at their most musically raw and visceral.