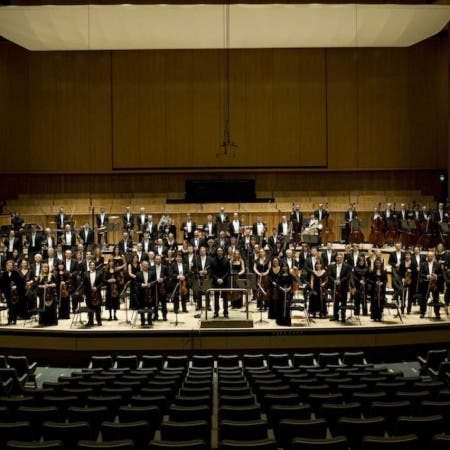 The London Philharmonic Orchestra was founded in 1932 by the legendary British conductor Sir Thomas Beecham, who guided it for the first years of its existence. Later principal conductors have included such luminaries as Sir Georg Solti, Klaus Tennstedt, and Kurt Masur. In its home concert hall the orchestra presents about forty concerts each year in addition to undertaking tours to many countries of the word, for example during the last season visiting Mexico, Spain, Germany, and Russia. For many decades the ensemble has been the resident orchestra of the famous Glyndebourne Festival Opera. It also engages intensively in recording, with about ninety albums made only since 2005 on its own label established that year. Frequently it also records film music, for instance for the Lord of the Ring trilogy.