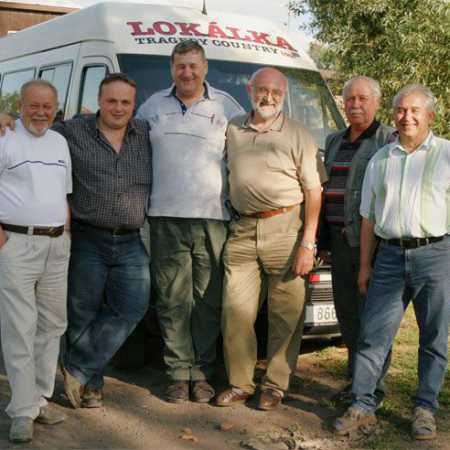 Music group Lokálka the Czech audience hudbymilovnému known as a satirical parody of a significant group of musicians who are engaged for more than thirty years (the band formed in 1974), mainly parodying various songs from the country music, pop and other genres. In addition to this its most famous location also plays his own original creations. This is especially the songs composed bandleader file Ladislav Straka. The band includes, along with a group of rock Barel, one of the few Czech music bands from the humorous pranks branches of Czech folk music. The band Lokálka is a favorite decoration of all countryových, tramp, folk, jazz, rock and folk festivals. – Translated by Automatic service