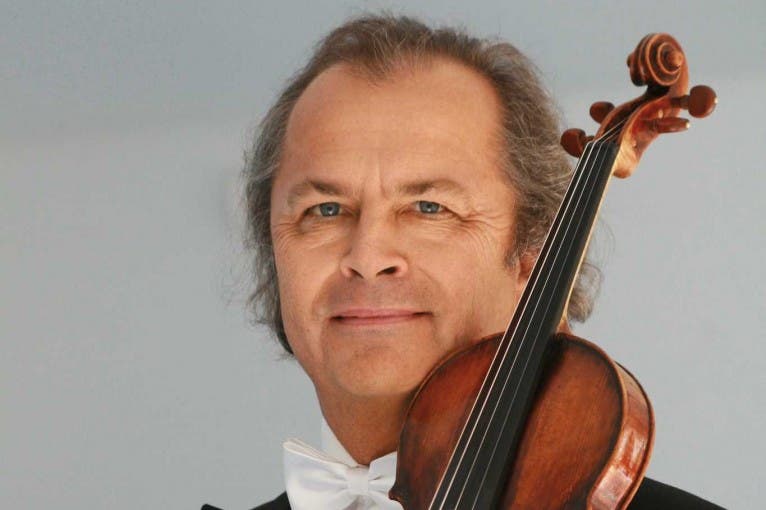 This autumn music festival, which is taking place for the third time, enriches the cultural and social scene in South Moravia and the surrounding regions in an unusual way: the beauty of classical music combines with the magic of the architecture of the historical buildings of the Lednice-Valtice area. The festival has become a traditional autumn event – the season in which the Liechtenstein Princes also celebrated culture.

The staging of this year’s festival also marks the anniversary of the break-up of Austro-Hungarian Empire, the grouping of many nations under the Habsburg crown. This milestone of Czechoslovak history will be recalled through the presence of artists invited from neighbouring countries – Hungary, Austria and Slovakia. The geographical location of the festival is very appropriate for this mutual-cultural meeting.

This year’s festival will celebrate the work of Josef Triebensee, the Lichtenstein family’s Musical Director. This great musician played the second oboe at the premiere of Mozart’s Magic Flute. He worked as Orchestral Master for Prince Alois I. until the ensemble was dissolved during the Napoleonic wars. In 1816 he became director of the Estates Theatre in Prague, a role in which he served for thirty years. In coming years, we will also be developing the festival program based on some of the documents that Triebensee presented annually to his masters and which have been kept since then in the Viennese archives. Thanks to these, after a century-long break, one of the last compositions of Franz Joseph Haydn; ‘Insanae et vanae curae’, will once again be performed on the former Liechtenstein estates by the Czech Philharmonic Choir of Brno and the Orchestra of the St. Gellért Academy from Segedin, Hungary. The solo parts will be performed by University Mozarteum singers from Salzburg.

Other highlights of the program are the Belfiato Quintet’s promising wind ensemble. Bassoonists Michaela Špačková and Denisa Beňovská and violinist Kristina Fialová will also play in Lednice. Violinist Václav Hudeček, accompanied by the Janáček Chamber Orchestra, will again perform at the festival. At concerts of sacred music guest soloists of the National Theatre in Prague, baritone Svatopluk Sem and soprano Doubravka Součková will appear with trumpeter Marek Zvolánek. The chamber ensemble Musica Florea and actor Josef Somr will perform at the church in Břeclav-Poštorná, whose octagon has become the central motif for this year’s festival.

The festival will also feature classical compositions by an important contemporary of Mozart, composer Johann Matthias Sperger, who was a native of Valtic-Feldberg. His work will be celebrated in the evening performance of the Slovak chamber ensemble Musica aeterna. At the conclusion of the festival, the Barocco Sempre Giovane ensemble will play the beautiful compositions of George Friedrich Händel, accompanied by tenor Petr Nekoranec and soprano Simona Šaturová.

The Prague Cello Quartet is sure to delight the children with its educational concerts.

The festival as a whole and in its finer detail combines the magic of the venues with a cultural link to the Liechtenstein family and the contemporary world of classical music.