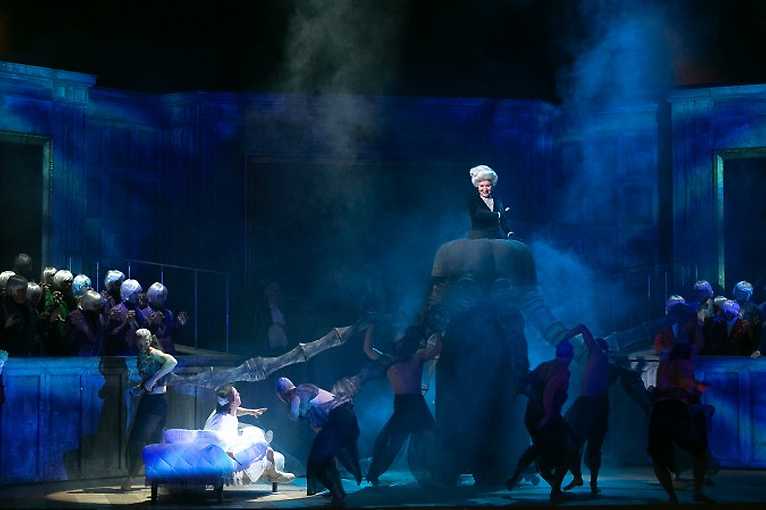 The Italian playwright, satirist and mystifier Count Carlo Gozzi (1720–1806) inadvertently gave rise to a peculiar moment in the history of 20th-century opera: while in 1920 Giacomo Puccini began recasting Gozzi’s fairy-tale-based play Turandot into his final opera that, despite its excesses, was still written in the spirit of good old Romanticism, another opera based on a scenario penned by Gozzi – The Love for Three Oranges – was awaiting its premiere. Sergey Prokofiev conceived the piece as sheer parody, traducing everything “heart-felt” and “seriously meant”. In 2019, when the National Theatre will stage its modern-time premiere of The Love for Three Oranges, a century will have passed since the opera’s coming into being. Hardly a reason for celebration, the fact may rather lead to raising the question of how it is possible that one of Prokofiev’s best-known and most acclaimed works, an opera teeming with “jest, irony, satire, as well as profound ideas”, manifesting pure and eternal joy at dallying with human imagination and seeking “sense” and “nonsense”, has not, with a single exception, been staged by Czech theatres.

Prokofiev wrote The Love for Three Oranges in the wake of his emigrating from the Bolshevik-ruled Russia to the USA as a sui generis highly cosmopolitan work: based on an Italian play, in a Russian adaptation, set to a French libretto, for an American audience. Gozzi created his original, predominantly prosaic play L’amore delle tre melarance as a crazy fable in the commedia dell’arte style, with the aim to ridicule his competitors Goldoni and Chiari. Its Dada vein and the playful story so impressed the Russian avant-garde artist Vsevolod Meyerhold that he named after Gozzi’s comedy his own magazine, in whose very first issue he published the play’s modern adaptation. Prokofiev happened to have the text in the US, and since an opera set to a Russian text was out of the question, he opted for a French libretto, which he based on Meyerhold’s translation. No less intricate and quaint than the genesis of Prokofiev’s opera is the opera’s story, depicting as it does a hypochondriac, orange-loving prince.