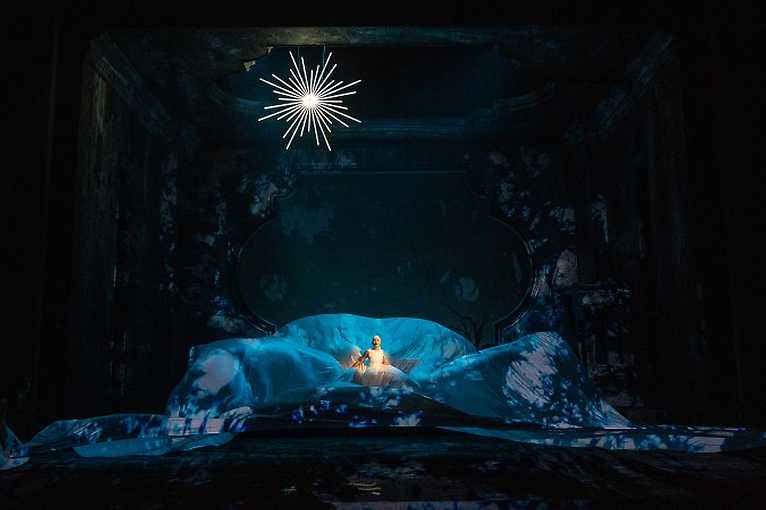 The most popular of the Czech classics will be adapted for the stage. First published in 1853, under the title A Bouquet of Czech Folk Tales, it was the one and only collection of poems by Karel Jaromír Erben (1811–1870). Inspired by Czech legends and tall stories, it garnered success back at the time of publication and went on to influence numerous artists. The book, featuring symbolism bound with nature, everyday rural life and tradition, comprises passionate and erotic tales teeming with supernatural beings and macabre phantoms. The Wedding Shirt, The Water Sprite and The Midday Witch, magical myths of love and spine-chilling fables, will be adapted for the stage of the National Theatre historical building by the SKUTR creative tandem of the stage directors Martin Kukučka and Lukáš Trpišovský, who have gained acclaim with their production of Lorca’s Blood Wedding, performed at the Estates Theatre. The two artists have a penchant for the subjects treated by Erben – ritualised archetypal themes, such as love and death, the relationships between the mother and the child, man and woman, humans and nature, have appeared in their productions in a myriad of forms and contexts.