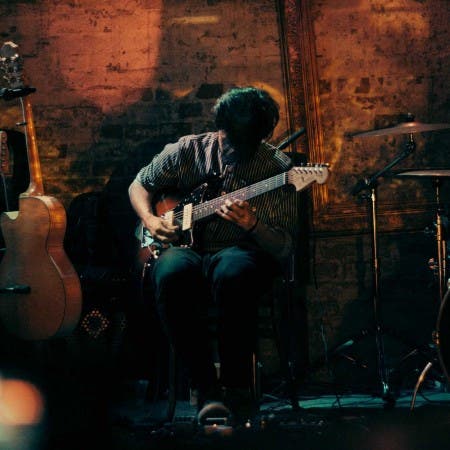 Kuba Duda is a young guitarist and instrumentalist, who, despite the lack of a text layer, draws into his illustrative story. During solo performances he performs his own compositions on the guitar, and his style is reminiscent of guitar masters of improvised music such as Marc Ribot, Aram Bajakian, and Raphael Rogiński. Solo performance was opened by Cracow concerts of the Dutch lute virtuoso and music composer Jim Jarmusch’s films – Jozef van Wissem.