The Królikarnia owes its name to the Saxon times, when animals were organized here and the rabbits were then popular in this fashion. The palace was built in the 1880s by Karol Thomatis Count of Valery, designed by Dominik Merlini. Thanks to Thomatis in the Królikarnia there was a brewery, brickyard, tavern, mill and barn, as well as a kitchen located on the slope of the gorge, in which in the 19th century there was a library. After the famous art collector Ksawery Pusłowski purchased land from Michał Hieronim Radziwiłł, foon after the Królikarnia was caught on fire. The reconstruction carried out by Pusłowskis was one of the pioneering achievements in the history of Polish conservatism. In 1939 and in 1944 during the battles of the Warsaw Uprising, the palace was destroyed again. The decision to reconstruct Xawery Dunikowski's sculptures was made in 1948. The artist's flat and studio were to be established there as well, but the reconstruction was completed only in 1965, a year after Dunikowski's passing. Hence, works related to the work of Xawery Dunikowski and sharing his works in her collections are of particular significance for Królikarnia. 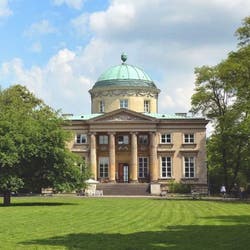 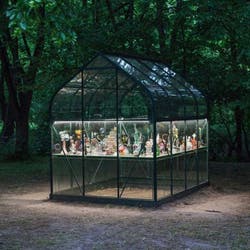 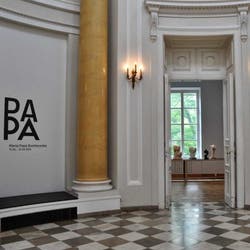 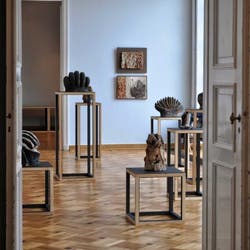