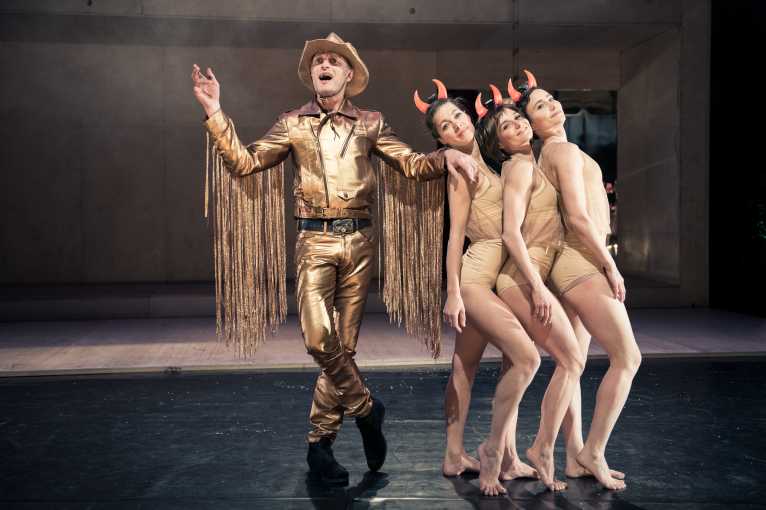 The production is the fruit of the collaboration between the National Theatre Drama company and the first-class Czech dance ensemble 420PEOPLE, who have been permanent guests of the New Stage.

Out of the numerous options possible, we have taken the one exploring the “situation of women” over the course of time and in theatre. A superlative Czech actress amidst the universe of movement and, at the same time, the universe of men – this too is a manner of trying out at the New Stage genre crossovers and exposing actors to new challenges.