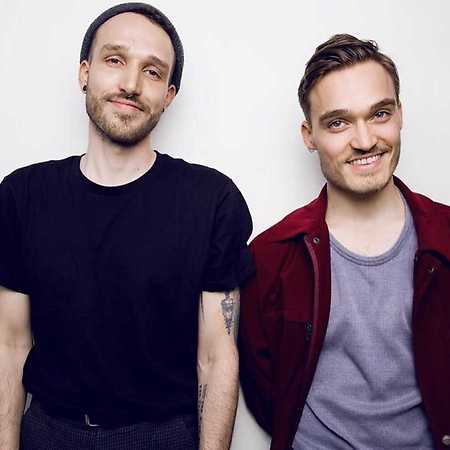 The brothers Stefan and Michael make German pop. Clear and cool, self confident and critical, straight forward and emotional.

Grown up in Leipzig with church choir and street music, later turned towards techno and alternative, one of them becomes a guitarist later, the other one goes to Berlin to study medicine. There they come together again in 2016 as musicians and writers and since then have been working together at their home studio on their shared musical vision: a sound that is urban and modern, but yet influenced by its roots in soul and trip hop. And with lyrics, that reflect the relevant topics of their present in a new way: Family, love and what we believe in. With a precise view for cracks, breaks and facets, they often musick and embody the opposite feelings of their generation. And maybe that is the biggest strength of Klan: to face the questions of their time with courage and openness and thereby give lightness to severity.

Likewise, live the powerful songs unfold a thrilling dynamic. With Klan two authentic musicians with a sense for great melodies as well as a clear message are standing on the stage. In 2017, they toured with Elif, Nisse and Vök and played at the Reeperbahn Festival at Hamburg. Their debut album Wann hast du Zeit?, which will be released in October 2018, was produced in collaboration with Tim Tautorat, who gave his musical signature to the LPs of Faber, AnnenMayKantereit or the Kooks before.