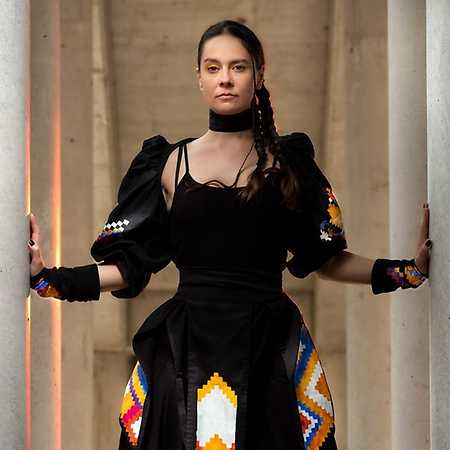 Karolina Cicha is a singer, performer and One-woman-orchestra. She plays many instruments at once and sings using vocal techniques that she developed herself. She is inspired by a heritage of the Podlaskie region, wchich is the bordeline between the East and the West. In 2013 together with her Company she released ‘9 Languages' album showing multidimensionalness of Polish and East European culture. The same year they won Grand Prix and the Audience Prize at the ‘New Tradition’ the biggest polish folk contest organized by Polish Radio. They were invited to present this material in Official Selection at WOMEX 2015.