Techno doesn't get much rawer than it does with Karenn. But much like a rock star's expertly crafted bed-head, a lot of care and skill goes into getting things rough around the edges. Arthur Cayzer (Pariah) and Jamie Roberts (Blawan) are both acclaimed solo producers. Before they teamed up they were known for the kind of mutated bass cuts that were everywhere at the turn of the decade. But perhaps more important than the evolution of their musical style is the way their workflow has changed: where before they were both working mostly with software, as Karenn they ditched their laptops in favor of an unruly assemblage of machines.

Blawan and Pariah have been playing slamming, improvised techno together as Karenn for the better part of five years now. They've become one of techno's most in-demand live acts and although they haven't released original recordings since 2014, their back catalogue still turns heads. Both Englishmen caught the techno bug around 2011, feeding the tensile funk of their UK dance music heritage into a new palette of grinding gears and serrated textures. 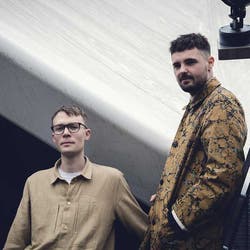 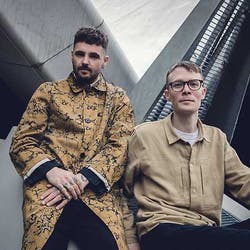 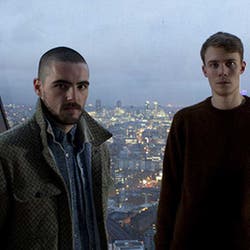