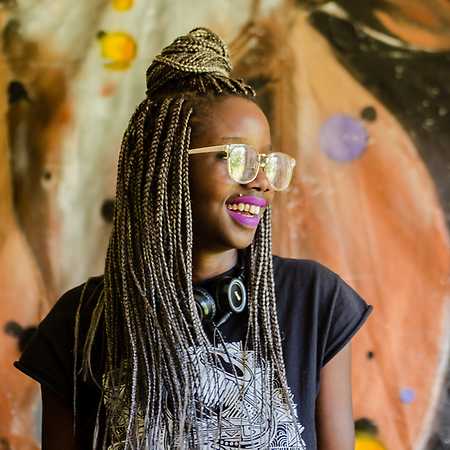 Kampire has been making Ugandan party people dance since 2015. After honing her craft at Hollywood, home of Nyege Nyege Tapes, she opened for Jojo Abot’s Kampala Women’s Day concert, rocked the Eternal Disco stage at Nyege Nyege International Music Festival in Jinja, and followed The Black Madonna’s East African debut, as part of Santuri Safari’s Femme Electronic. In 2017 she has already performed at Amani Festival Goma, Congo, Africa Bass Culture in Burkina Faso and opened for international acts like Diplo and DJ Maphorisa in Uganda. Kampire’s sets perfectly mix nostalgic and contemporary African sensibilities. Her syncopated picks will take the dancer from the Lingala that reminds them of their parents' parties, to the make-your-booty-touch-the-ground songs that remind no one of their parents, to the faster-paced beats from diverse continental and diasporic traditions that will make you forget even yourself.