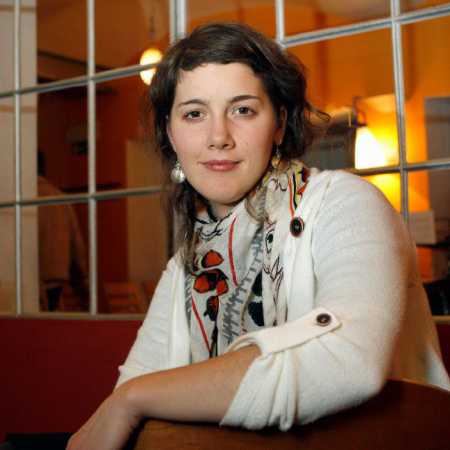 Kaja Draksler is a pianist and composer, established in Amsterdam. In the year 2013 graduated from the scope of the classical compositions (Master) at the Conservatory of Amsterdam in the Netherlands. Bachelor’s degree with honors he had in the field of jazz piano from the Prince Claus Conservatoire in Groningen from 2009. In 2009, she lived in New York City, where she studied privately with Vijaya Iyera and Jason Moran. In 2008 she studied jazz piano for half a year to Purchase College in NY. In 2005, finished the high school of music (jazz) and the classical grammar school in Ljubljana.

In the Netherlands has received support in the form of the prestigious HSP Hyugen scholarships. Her dissertation dealt with Cecil Taylor, and was rewarded with the price of the Franse Schreudera. In 2011, Acropolis Quintet was chosen as one of the three best European groups in programme 12 Points! A Plus. In 2009, received the prestigious Deloitte Jazz Award. In 2007 she composed a Concerto for accordion and Orchestra entitled Orpheus and Eurydice, recorded and performed by Janezem Dovčem and the Slovenian Philharmonic Orchestra.