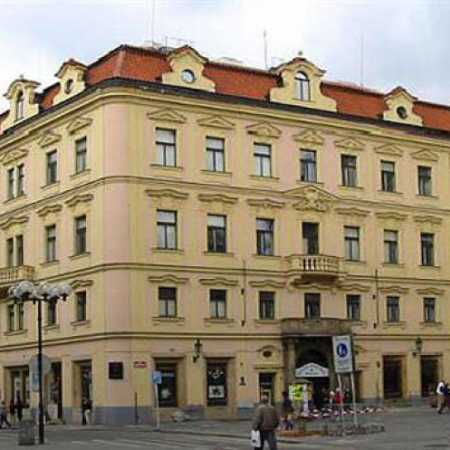 The native House of the writer Franz Kafka was standing on the edge of Prague’s former Jewish ghetto. The House was built in the first polovině18. century and originally was intended to serve the Benedictine monks of the body administering the adjacent church of St. Nicholas. When he left the Emperor Josef II. the monastery building was purchased by the city to cancel the order and left to set up an archive and warehouse, later theatre and flats. Franz Kafka was born 1883, but two years later the family moved to the Wenceslas square. A few years later the House was damaged by fire and torn down-left him the only portal that was incorporated into the new neo-Baroque buildings of an apartment house. Currently the building is used for cultural and social events. – Translated by Automatic service