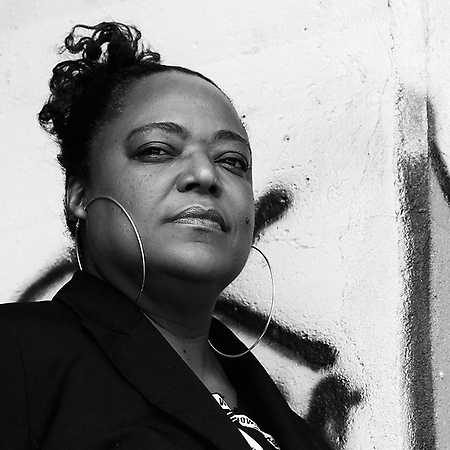 K-Hand is one of Detroit’s true legends: the Motor City native stands as a pioneer of the sounds that have defines its landscape. From soulful, sample-heavy house with more swing than a large playground to gritty, and motor techno, she notches close to 50+ EPs and albums on her longstanding Acacia Label since she launched in the early 90’s. Not only that, she has releases extensively on revered labels over the years including Warp, Tresor, Studio K7! and Nina Kraviz’s Trip. K-Hand aka Kelli Hand was named “The First Lady Of Detroit” by the city in a ceremony that took place at the Coleman A. Young Municipal Center. To date she is the only Detroit artist to be given the “The Testimonial Resolution Award”, an Honorary that will stay in Detroit city’s records forever.

Kelli took on the pseudonym K-Hand in 1990 to avoid gender stereotyping. Today, K-Hand embraces her role as a female pioneer who challenged the status quo.

From the beginning, Kelli’s childhood revolved around music, specifically the drums. Her growing passion for rhythm culminated in her moving to New York to study music theory in college. There she picked up another kind of musical education, soaking up the sounds of clubs like Paradise Garage and absorbing the songs she heard on that legendary dance floor into her own record collection. Later she picked up the pieces of Detroit’s club scene and the pioneering generation of house and techno first-wavers.