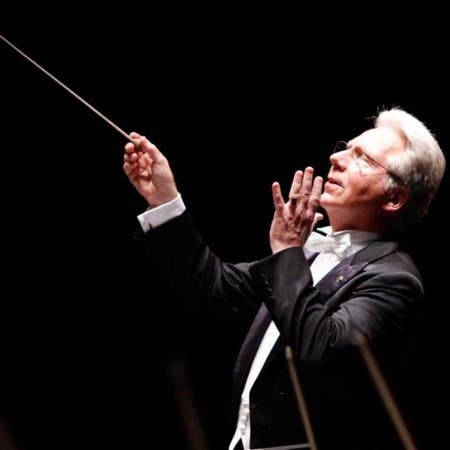 John Francis Mauceri is an American conductor, producer, educator and writer. John Mauceri’s distinguished and extraordinary career has brought him not only to the world’s greatest opera companies and symphony orchestras, but also to the musical stages of Broadway and Hollywood, as well as the most prestigious halls of academia. Regarded as the world’s leading performer of the music of Hollywood’s émigré composers, he has taken the lead in the preservation and performance of many kinds of music and has supervised/conducted premieres by composers as diverse as Debussy, Stockhausen, Korngold, Bernstein, Hindemith, Elfman, Ives, and Shore. As an accomplished recording artist, John Mauceri has over 70 albums to his name, and is the recipient of Grammy, Tony, Olivier, Drama Desk, Edison, Cannes Classique, Billboard, two Diapasons d’Or, three Emmys, and four Deutsche Schallplatten Awards.