Joanna Moskowicz is a graduate of the Academy of Music in Łódź with Prof. Delfina Ambroziak (diploma with distinction) and postgraduate studies at the Academy of Music in Wrocław with Prof. Ewa Czermak. She completed master classes with Prof. Barbara Schlick, Prof. Ingrid Kremling and Prof. Ewa Czermak as part of the Wratislavia Cantans Festival, Prof. Ryszard Karczykowski, Prof. Teresa Żylis-Gara and Prof. Helena Łazarska as part of the International Summer Academy Mozarteum in Salzburg. She used to hold a scholarship of the Minister of Culture and National Heritage and Richard-Wagner Stipendienstiftung in Bayreuth. In April 2007, while in her fourth year of studies, she made her debut on the stage of the Grand Theatre in Łódź as Rozyna in the premiere performance of Rossini's The Barber of Seville. For this performance, she received the Golden Mask of the "Best Newcomer of the Season" category. From 2008 to 2017 she was a soloist at the Wrocław Opera, where she made her debut in March 2008 with the Queen of the Night party at the -Worldly - Mozart's Fleet. 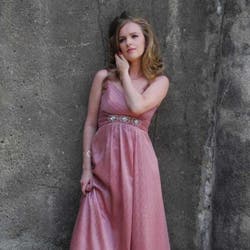 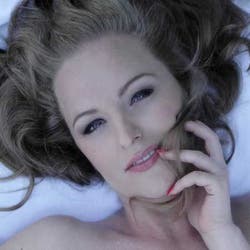 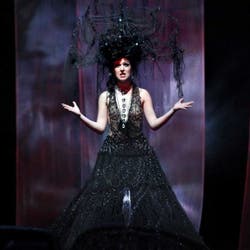 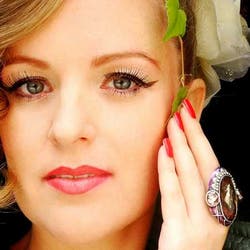