The bass singer Jan Martiník absolved his singing studies at the University Ostrava under Eliška Pappová. He is laureate of natioanl and international competitions.

Jan Martiník collaborates with famous conductors such as Daniel Barenboim, Fabio Luisi and Zubin Mehta. He performed in concert together with the BBC Symphony Orchestra, the Scottish Chamber Orchestra, the Birmingham Symphony Orchestra and the Staatskapelle Dresden and sang at the BBC Proms, at Rudolfinum in Prague and at the Music Associations in Vienna and Graz. His concert repertoire includes among others Bach's Passions, Mozart's and Dvořák's requiems, Dvořák's Te Deum und Haydn's Die Schöpfung. His interpretations of the bass part of Verdi's Messa da Requiem under Fabio Luisi was celebrated by the critics.

He also celebrated international success with his interpretation of the Biblical Songs by Antonín Dvořák, which he recorded for Decca together with the Česká Filharmonie under Jiří Bělohlávek in 2017. 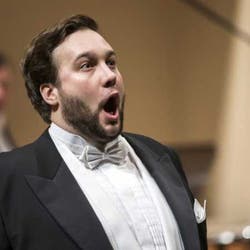 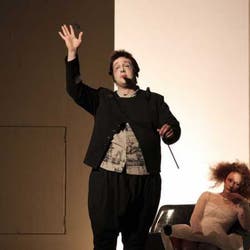 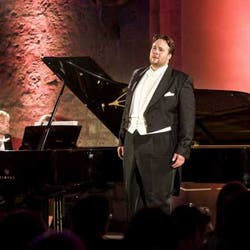