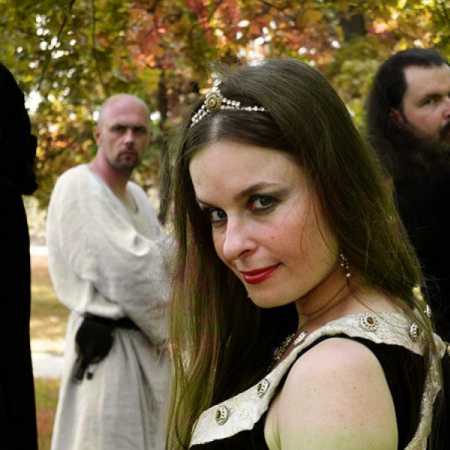 The band Jagabab own way interprets medieval Gothic and Renaissance music, but his own work. Besides acoustic versions of their repertoire, performing mostly rock with his concept. From other rock groups varies almost exclusive use period instruments connected to the boosters and other el. effects. Her repertoire of medieval songs can be found throughout Europe and in the original languages ​​with their own texts Czech, Moravian ballads, Czech folk songs with roots in the Middle Ages, settings of poems by poets of the world and his own compositions. – Translated by Automatic service