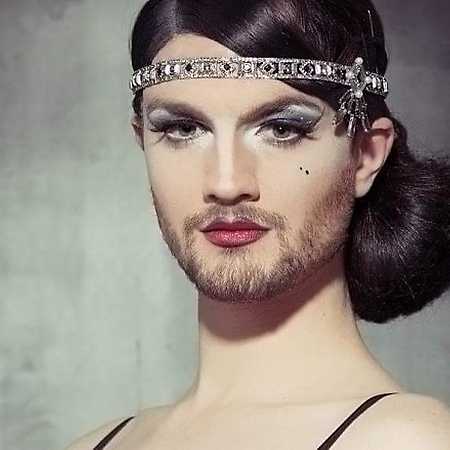 Jacky-Oh Weinhaus, real name Sebastian Böhm demands “curiosity to resist right populists”. He introduces himself as the leader oft the “TfD”, a political initiative for travesty and against right populism in Germany.

As he says, he visited a friend in Berlin in 2008 and simply stayed. He finished his apprentice as a physiotherapist, then decided to “life his creative side” as a “decoration sheila” at SchwuZ, a big gay club in Berlin, and performs under his artist moniker.