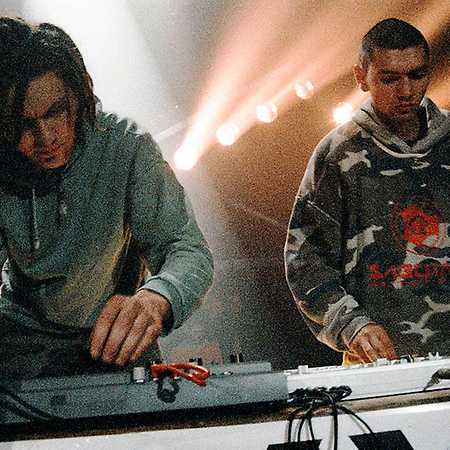 Under the name Ilsa Gold, Viennese musicians Christopher Just and Peter Votava have released various techno and hardcore techno tracks between 1993 and 1996.

Artist and record dealer Chirstopher Just and party organizer Peter Votava had just become active in the developing techno scene when they met in the beginning of 1993. They began producing together and only some months later their first EP I was released through the Viennese Mainframe label. With Up it contained an early hit of the rave scene. Their second EP II, which was released not much later, contained the hits Silke and Elastico and reached the second place of Frontpage magazine’s charts. This brought them performances at Mayday 1993 and 1994.

Their trademark is an ironic style, expressed through the opposites of rhythmical hardness and the usage of unusual samples like Karel Gott, Peter Cornelius or the title melody of the movie La Boum.

Fans and critics often overinterpret tracks like Eggs They See or their performance reading newspapers at Mayday 2011 as a statement against drug abuse with ecstasy or the growing commercialization of the rave scene.

They maintain faithful to their style, have been performing from time to time since the official end of the project in 1996 and have also recorded new tracks such as Donald Grabs To Washington.